ScanIt is a program for extracting data from scientific graphs, particularly from line and scatter plots. This task is also known as digitizing graph data.

How does it work?

Obtain an image of your graph from PDF, from your scanner, or from any other source. It does not matter whether the image is captured straight; any angle in the axis will be defined in the next step... 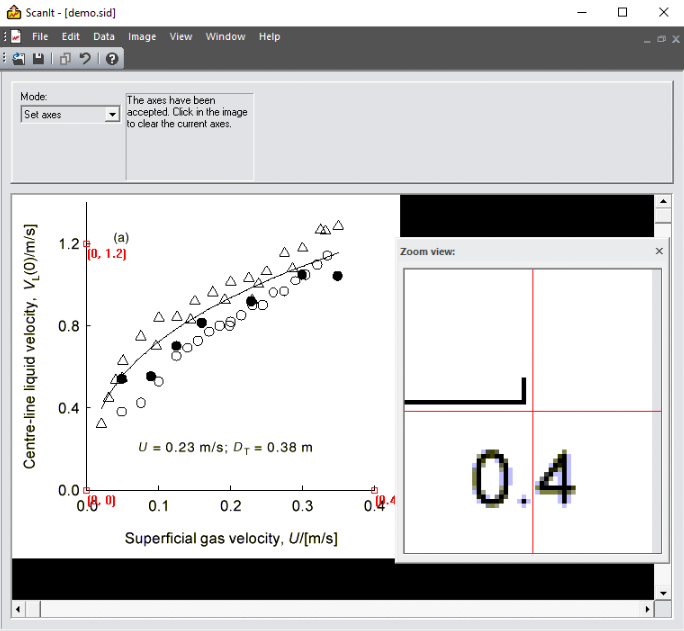 You are ready to pick points

Just click on a point to store its coordinates. A snap function will automatically move the point to the nearest cluster of pixels. Once a point is placed, it can be selected and moved around using the cursor keys. 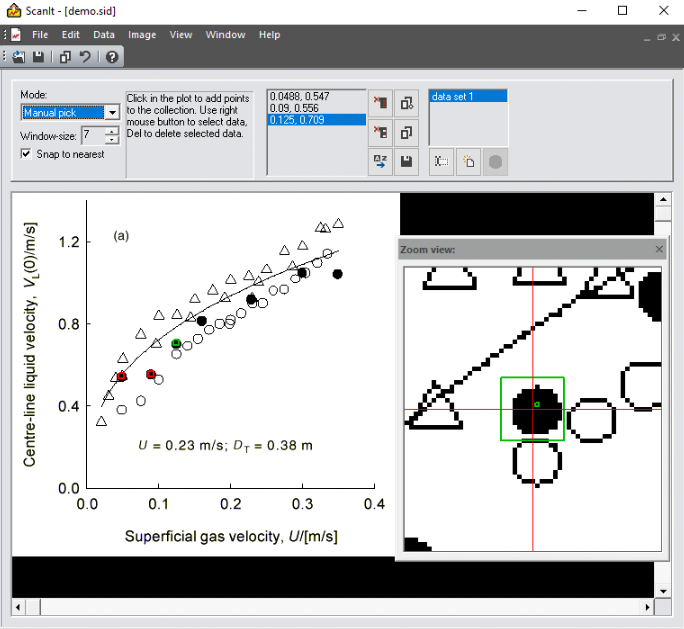 ScanIt contains a curve tracer, where entire curves can be digitized by selecting only a few points (2 or more) on the curve. See the help file for more examples. Last, but not least, tell ScanIt what one symbol looks like, and it will find them all for you, based on a goodness of match for which you get to interactively determine the offset. 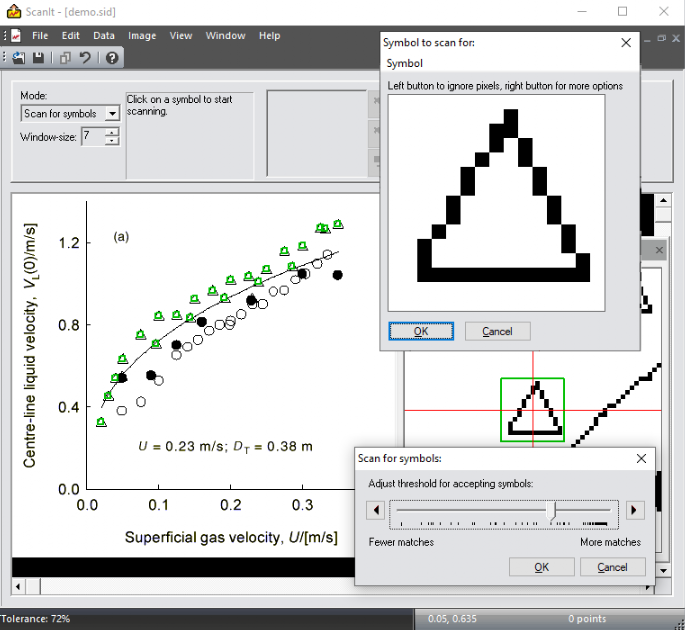 ScanIt supports multiple views, each with its own set of axis definitions. Each view supports multiple data sets. When you have harvested your data, save the document in ScanIt's open document format, export to text, or via the clipboard to 3rd party applications such as Microsoft® Excel.

To run ScanIt you will need Window XP, or higher.

ScanIt is available free of charge. You can download ScanIt for free.